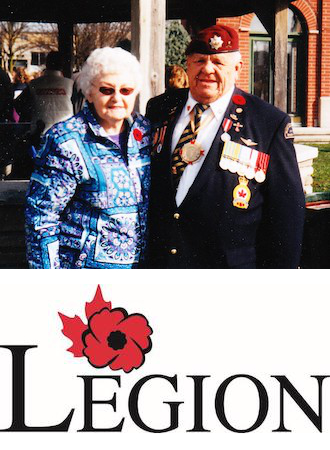 Jeston Vincent (Buddy) Brennan of Listowel passed away on Tuesday, March 12, 2019 at Listowel Memorial Hospital, in his 87th year.

Predeceased by sisters and brothers; Cathy, Joey, Jackie and Mary.

Served in the Korean Conflict from 1950 to 1953, being actively involved in the Reserves after the war, later retiring as a Second Lieutenant. A current member of Major Andrew McKeever Branch 259 Listowel, Royal Canadian Legion and member of other branches for over sixty years.

Funeral Services to be held at Listowel Pentecostal Church combined with a Legion service, on Sunday March 17, 2019 at 2pm with Pastor Ken Raymer and Padre Ralph Dwarika officiating.

Memorial donations to the Canadian Cancer Society, 536 Huron St., Stratford, ON N5A 9Z9 would be appreciated.