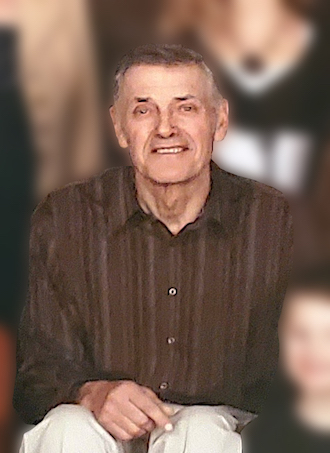 John Donald “Don” MacMillan passed away on Wednesday, December 28th, 2022 at Listowel Memorial Hospital after a brief illness. He was born in Proton Township, Ontario on September 25th, 1937, the eldest son of John Wallace “Jack” MacMillan and Lyda MacMillan (Pryde). He grew up on the family farm in Normanby Township, Ontario and attended Mount Forest District high school where he was a WOSSAA 400 meter champion and played on the school’s WOSSA championship football team (1950 – 1954). He graduated with a Honors Diploma and moved to Toronto to work for the Township of Toronto (City of Mississauga) Engineering Department. He also continued his football career with the semi-pro football team, the Lake Shore Bears. He met Mary Elizabeth (Nicholls) in 1959 and they were married in Dundalk, Ontario in November of 1963. He began articling as an Ontario Land Surveyor (OLS) for Bowman Black and Shoemaker in Guelph, Ontario in 1965 and became a licensed OLS in 1969. He began his own land survey practice in Listowel in 1973 and has enjoyed a successful career serving the surrounding area.

Don enjoyed many sports but had a special fondness for hockey and the Toronto Maple Leafs. He was also an avid bass player and favored many country music artists. Don was also highly involved in collecting antique farm tractors and enjoyed many events throughout the season. He was an active member of the Listowel NCO club and the Atwood Presbyterian Church. As well, Don was very engaged with the Association of Ontario Land Surveyors.

Don has been called home to join his parents Lyda and Jack as well as his brother Doug.

A celebration of Life Service will be held at Fairview Cemetery, Listowel in the spring when it is convenient to gather. Arrangements entrusted, with confidence, to Listowel Community Family Funeral Home. Memorial remembrances to Listowel Memorial Hospital Foundation, 255 Elizabeth Street, East, Listowel, Ontario N4W 2P5 would be appreciated.